The United States Police Officers Association is a nationally recognized group of current, former, retired, or otherwise, Police Officers and Fire Fighters united for a single cause: to help others cops and fire fighters. We believe in Cops Helping Cops!

The President of USPOA is a medically retired Police Officer employed by the city of Garden Grove, California, injured in the line of duty.

Through our affiliated website, Ten Four USA, we offer all Police Officers and Firefighters discounts on real estate, nationwide.

We  have also set up a non-profit organization to help fund Police Officer's legal and living expenses who have been falsely or otherwise accused of shooting/killing unarmed suspects. All donations towards this cause will be directed through the USPOA website. This mission will be rolled out on national television in the next month. 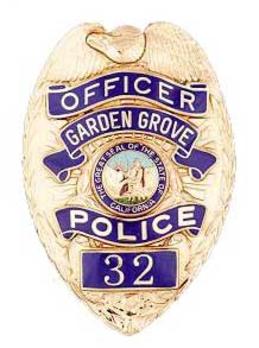 A copy of the original Resolution to award then Officer Terrance Lee Dzvonick the Award of Courage.

It is formed and authorized by law with the capacity of succession, to transact business in the state ofNevada, and is also licensed to conduct business in the State ofCalifornia.  Ten Four Corp. is an investment company with over twenty years of corporate, commercial and residential experience.

Ten Four Corp’s purpose is to promote, advance and advocate the common interest of its investments through direct lending and brokering.   We are dedicated to serve the needs of our well established long-term clientele, exclusively Police Officers and Firefighters and their families, through negotiations of real estate projects and recreational memberships that achieve optimum price, terms, financing and returns on investment.